A short Spring Break trip found me journeying through San Antonio and down to Corpus Christi. We only spent one day there, so we hit the main attractions. First, to the right, is the Texas State Aquarium. It's a nice facility and expanding. (By the way, you may hear about some protests over the Aquarium adding a dolphin exhibit. It seems the protestors do not want more dolphins in captivity. However, the dolphins that the Aquarium will be housing are only those that could not have survived in the wild. So, I'm not sure I understand why the protestors are objecting.) 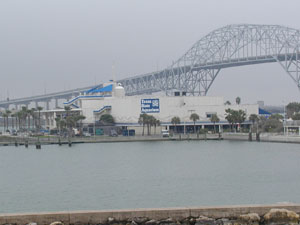 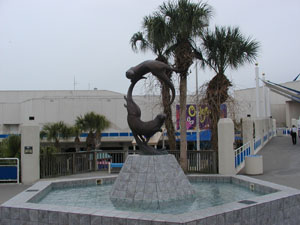 Below are two species found off the coast of Texas. One is more prevalent than the other (unfortunately). To the left is a Jellyfish; to the right is a Blue Lobster. They say finding a blue lobster is a one in a billion occurrence. 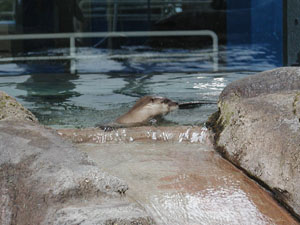 There are many more sea species at the aquarium, but the last I'll show here is a new one to me. Off the coast of Freeport is a reef called, "Flower Gardens". The aquarium has an exhibit devoted to the species found there. This one is an Orange Filefish. They had a second species of Filefish as well. 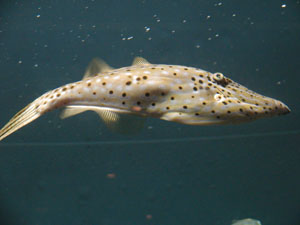 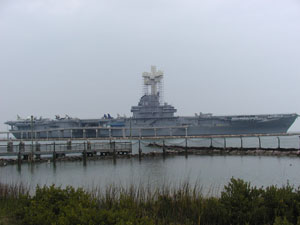 The USS Lexington is in the Corpus Christi harbor. Since I have been interested in World War II history for many years, this was particularly significant.

To the right is the bell from the USS Lexington. Below are some of the types of planes that have flown off her decks. 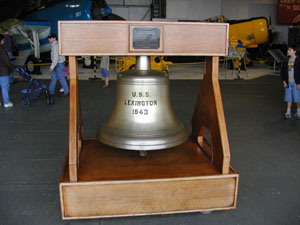 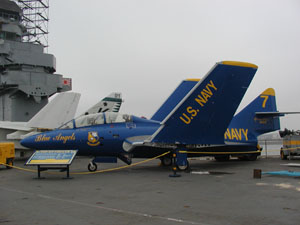 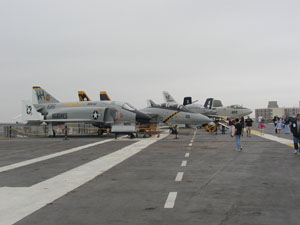 Travelling from Corpus Christi to New Braunfels that afternoon, we saw some Blue Bonnets that were just waiting for us to take their picture. Click here to see them.